Posted on January 18, 2017 by happierheather

I had every intention of doing a recap of every race I ran in 2016, but time just slipped away from me. Here we are in January and my 2016 race season is complete, so I’ll pick up where I left off and do a quick run-down with a few thoughts about the races I ran.

I used this race as a supported training run in preparation for Ragnar Trail Northwoods and TC 10 Mile. This was a very small race, with only 36 runners in the 8k and 66 participants in the 5k. My five family members made up 4.9% of racers!

Because I was utilizing the Galloway Method (run/walk method) to train for the TC 10 Mile, I decided to approach this race using 4:1 intervals; meaning I ran four minutes, walked one minute, and repeat. It feels a bit silly to take my first walk break four minutes into the race, but it really did make a difference in how I felt afterward. I didn’t feel like I had to take a long nap, which is huge!

This was a memorable race this year mostly because of the rain. The morning started off cool and soggy. Parking for the race was in a grass field next to the YMCA and it was muddy when I arrived; I knew to park strategically so that my little car wouldn’t get stuck as it got softer and wetter. I was able to park, grab my packet and throw it back in the car, and take a quick photo with some Moms on the Run friends. Soon, we were off and as we ran, it started to rain harder and harder until it was absolutely POURING! But, it was really fun!

My finishing time was 34:41, which I felt was pretty good considering I used my 4:1 intervals and was drenched. I’d do this one again in a heartbeat, even with the rain. 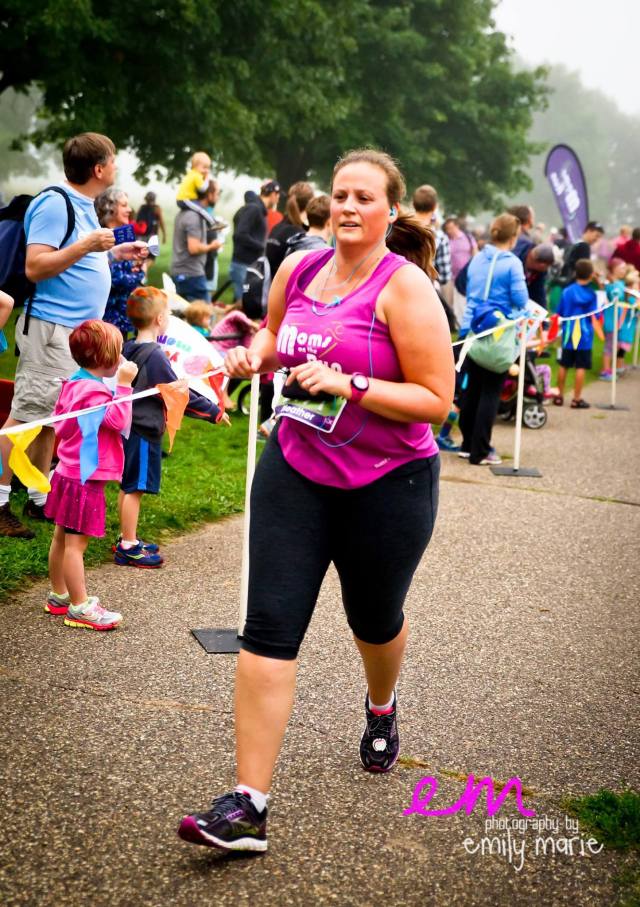 This race is the season-end race for the Moms on the Run spring/summer program. While they offer both a 5k and a 10k, I chose the 10k as a supported training run for TC 10 Mile. Again, I stuck to my 4:1 intervals. The course was pretty, being in Lake Elmo Park Reserve, and the weather was perfect for running; cool and foggy.

Ragnar Trail Northwoods was a bit outside of my comfort zone, being a trail relay race that involved camping. I have a LOT to say about this inaugural event, so I’ll be doing a separate post on this race. I will say, though, that I LOVED it and have every intention to return in 2017. Stayed tuned! 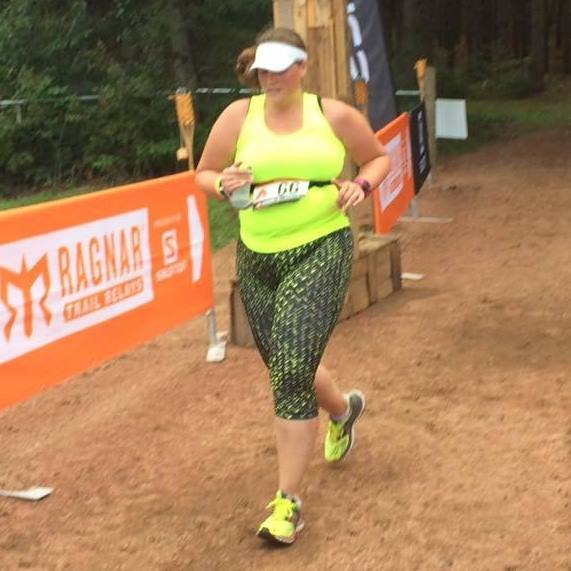 Coming in from Loop #1, where I rolled my ankle.

The Darkest Night of Your Life 4k

This was a night race (starting at 9:00 pm) that I ran with Kiddo. The course went through an unlit golf course. As a fundraiser for homeless youth, they chose not to have lighting on the course so that participants could experience the darkness as the homeless do. However, I chose to wear a headlamp because I refused to risk injury before the TC 10 Mile.

Kiddo and I ran this hilly, dark course in 24:59, which is my fastest race pace yet.

Post-race selfie with the Kiddo

Yes, the race that I spent all summer training for. The TC 10 Mile is the FIRST race that I completely followed a training plan for. Because this is such a popular race, names are drawn via a lottery and I chose to put my name in because I had continually heard how beautiful the course was.

The race really went off without a hitch for me and the time seemed to go by quickly. I stuck to 4:1 intervals, which I had done in training, and never felt like I was going to die; a feat in itself because this course has some hills.

While I didn’t break my own time goal, I did finish in 2:01:47. To be honest, I’m not sure I would run this one again, only because it’s a large race that is a bit of a hassle to get to and get home from. Thankfully, my beloved hubby drove me there, cheered me on the course, and drove me home. 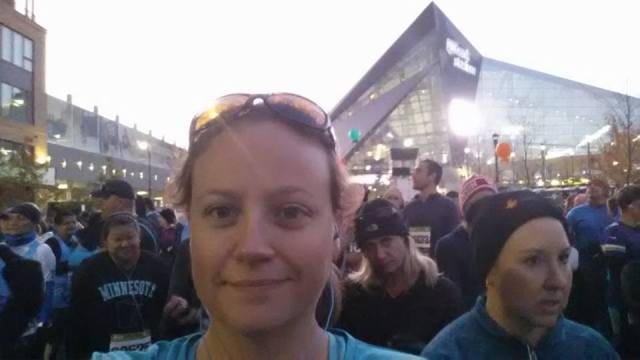 Pre-Race selfie in front of US Bank Stadium

Hale to the Bird 5k

Hale to the Bird is our Thanksgiving morning race of choice. While it has grown from 200 participants to over 500 in the past few years, we still love the small town feel of this one, even having done it four years now.

Kiddo ran the entire race on his own – the first one he has ever done so for – and even won a raffle prize of a live 6′ Christmas tree!

The finale to my family’s racing year was the Jingle Bear 5k. This one is another smallish race (around 600 participants), with a Christmas theme. I went into this one with the intention of trying for a PR, so I started out FAST and did not go with intervals.

While I had my fastest 5k of 2016, I didn’t have enough in the tank for a PR that day. Either way, I’m super happy with how my running year went and my finishing time was 33:17.

Overall, it was a great year of racing!