Posted on October 20, 2016 by happierheather

The Esprit de She 5k is one of my favorite races. I am a “Founding Finisher,” meaning I ran it the first year it was offered at the Maple Grove, Minnesota location.

This race has always been run on a Thursday evening, which was no different this year. However, the location of the start/finish did change this year, though only by a few blocks. I felt like logistics worked well, once I figured out where everything was. Signage directing runners to packet pickup was lacking, and the volunteer I asked didn’t know where it was. Thankfully, other runners were able to direct me.

Packet pickup was a bit chaotic, as it was in a small area with numbers descending left to right. After getting my bib and shirt, I had to jump in another line to pick up the cycling skirt I received for early registration. The plus side of packet pickup being in the building was the presence of real restrooms.

After getting my gear, I walked it back to my car a few blocks away, then went back to wander around the vendor tents situated around the park green. Vendors offered food samples, a warm-up Zumba session, and post-race yoga.

The race was released in wave, as it was last year. If I remember correctly, the first wave was released a few minutes past the posted start time. This year, the course was different, meaning that it veered onto a narrow running path sooner than the old course, so runners weren’t as spread out yet. 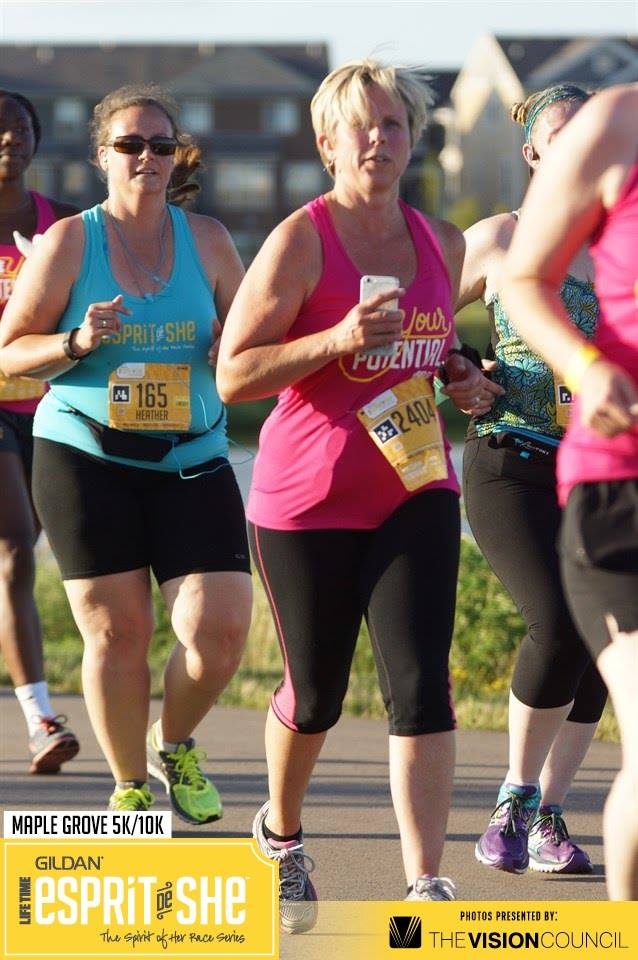 That’s me in the blue tank.

I’ll admit that due to the crowded course, I went out faster than I meant to. I get a bit claustrophobic in tight crowds of people, so I tend to run faster, dodging around people until I find an open spot to run with space around me. Overall, though, the course was a nice one other than the crowding earlier on. 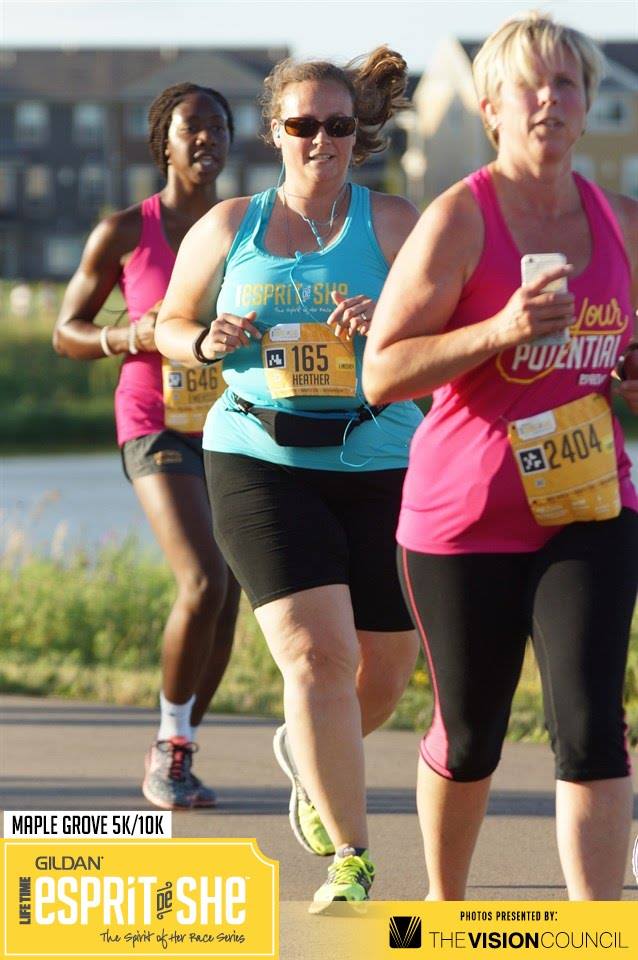 Hair flying as I pass through the tight part of the course.

Going into the finish line, there was a tight 90* turn, which slowed a lot of people down exactly where you don’t want runners slowing in front of you. Had I had more energy in the tank for my usual sprint to the finish, this would have been rather annoying. 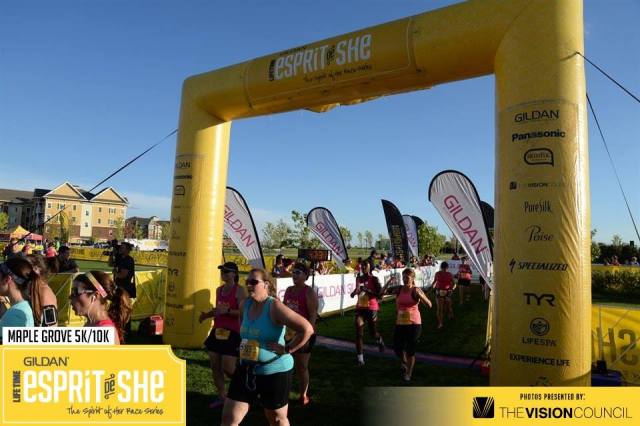 You can see the 90* turn into the finish in the background.

Medals, water, and Aspire sports drinks were handed out at the finish line. The medals were large, but I feel unnecessary for a 5k. After collecting our finish line goodies, we jumped into the food line. The first two years, this race offered amazing turkey burgers from a local restaurant afterward; it’s what made my friends and I sign up for the third year. For year #3, we got kale salads afterward, which was a HUGE disappointment. Salad is the LAST thing I want when I get done running. This year was a slight improvement, with wraps being offered. We also had a choice of cantaloupe or carrots.

After my friends and I sat on the grass to eat our wraps, we jumped into the alcohol line. Registration includes two glasses of wine or champagne. However, after standing in line for more than 10 minutes without moving an inch, we ditched the race party and headed to a local restaurant (the same that has the amazing turkey burgers) for a beer. 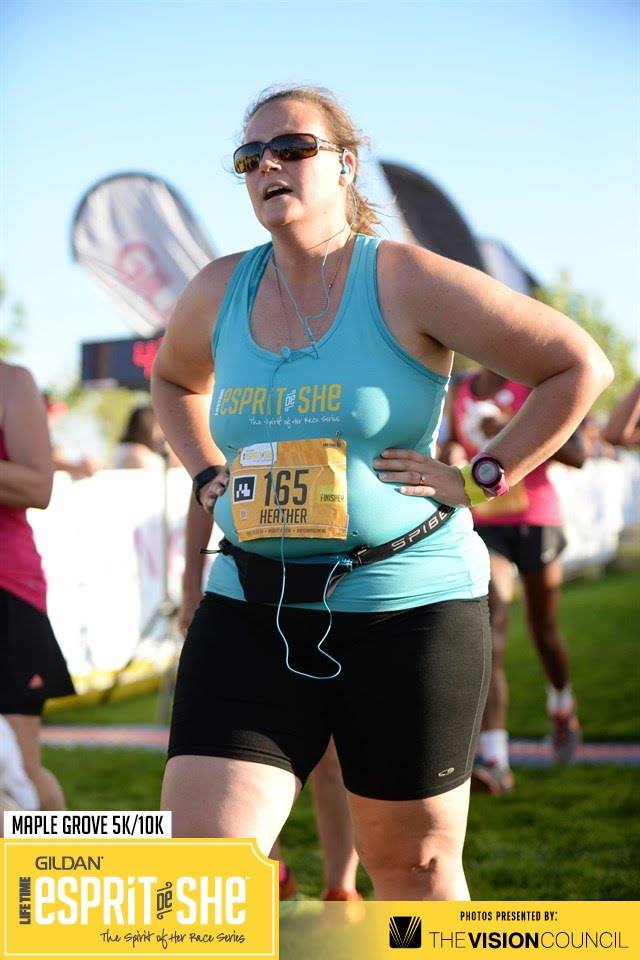 I look more exhausted than I felt.

I’ll definitely run this race again next year because I love evening races and the positives have always outweighed the negatives. However, I hope they organize packet pickup so that it’s less chaotic and figure out a better way to managed the lines for post-race spirits. Also, the cycling skirts were a horrible fit/cut that was not accurately portrayed on their sizing chart; I will never wear this item and will be giving it away. The race tanks were awesome, though, as they have been every year.